Chile: Call for international solidarity with the hunger strike carried out by Nataly, Juan, Guillermo & Enrique 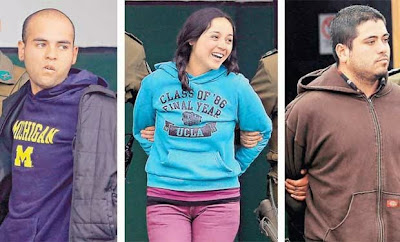