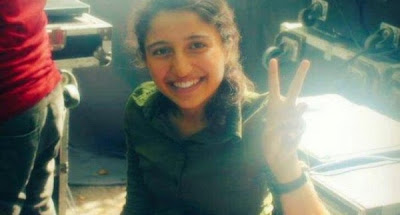 Following the action in which Prosecutor Kiraz was taken hostage at Çağlayan Courthouse police carried out an operation in Istanbul’s Okmeydanı.  The operation took place on the 1st of April when Sıla Abalay was arrested in her neighbourhood.  The 16 year-old child prisoner was placed in detention alongside sentenced prisoners at Bakırköy Women’s and Children’s Prison.
Abalay began her hunger strike in custody after stating ‘Now that I am of legal age to be arrested, given that I am a political prisoner, put me with political prisoners’.  Since beginning her hunger strike on the 2nd of April Abalay was moved to a single cell.
Abalay, who was arrested at her family home and taken into custody was charged with ‘membership of an illegal organisation’.  Political prisoner Sıla’s health is deteriorating.
Lawyer Naciye Demir clarified that Abalay had been arrested on suspicion of taking part in an illegal event after being present at a press conference and stated that there was no reason why Abalay should have been arrested.
Lawyer Demir further added that whilst in custody, police verbally threatened 16 year-old Sıla with the same fate as Elif Sultan Kalsen who was shot in front of the police headquarters in Vatan, Istanbul, saying ‘We will kill you just like we killed her’.

Posted by Insurrection News at 08:58