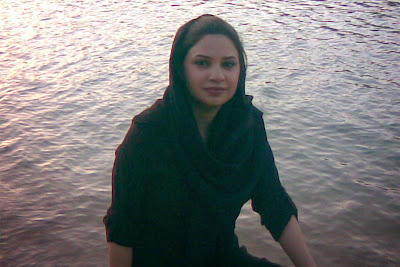 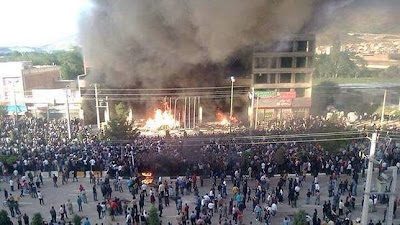 09 May 2015
From the beginning of the uprisings in Mahabad, East Kurdistan (Western Iran) on Thursday, May 7th, until Friday morning, May 8th, according to reliable sources, 700 people, including many youths have been arrested or summoned for interrogation.
These arrests or detentions have been conducted by the intelligence and Security ministry, but are administered and directed by top ranking Revolutionary Guards officers.
Most of the detainees, according to these reports, have been transferred to other cities including Piranshahr and Bukan by the IRGC intelligence department. Many of the detainees were arrested while in hospitals getting treatment for gunshot wounds. The regime had widely used BB and pellet guns to bring under control the growing uprisings and unrest.
The uprising in Mahabad started after a young girl, Farinaz Xosrowani died due to a fall from the fourth floor of a hotel building she worked in. The incident happened when an intelligence ministry agent tried to rape the young woman after collusion with the hotel owner in exchange for giving the hotel a 5-Star rating.

(via kurdish question)
Posted by Insurrection News at 20:48