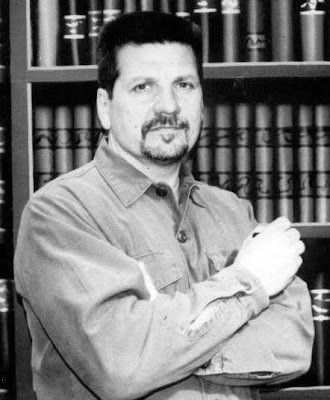 Message from US political prisoner Jaan Laaman about the forced closure of remote Aboriginal communities in Australia. Jaan was a member of the United Freedom Front and is currently serving 53 years for a direct action campaign in the 1980s that targeted governments and corporations that were supporting and profiteering from the apartheid system in South Africa and the military dictatorships in Central America. This message comes to us via the Free Jaan Laaman Facebook page.

This is Jaan Laaman. I am a long held political prisoner in the United States. I know I speak not just for myself, but for other revolutionary political prisoners across the USA, when I say, we stand in solidarity with the Aboriginal people who are being threatened with the closing of their towns and communities.

It was only in early May, that we heard a little information about the Western Australian government's threats to stop all services to remote Aboriginal communities and towns. We think this is outrageous and most likely designed to drive people off their land. By emptying Aboriginal countries of their inhabitants, the land becomes available to the huge mining corporations that are closely linked with the Western Australian government.

The mainstream corporate media here in the United States, has not reported about this ongoing issue in Australia. The USA government, also being a settler state, has its own long ugly history of genocide and theft of Indigenous First Nations land here in the United States. Since the recent large and widespread rallies in cities and towns across Australia, there has been a little reporting about this situation in some U.S. media. I myself, and other progressive voices, will publicly share our knowledge about this Aboriginal peoples struggle for the survival of your communities and the protection of your land.

We know that the State and Federal governments shutting down of the power, water, schools and health care facilities in your communities will cause real suffering. That is why it is important and necessary, and very positive to see, that Australians of all backgrounds, have stepped forward in demonstrations against this government attack. We join with all of you in your continuing resistance to the Australian government's assault on Aboriginal people.


In Unity there is Strength-
From Strength comes Victory!

Posted by Insurrection News at 07:35